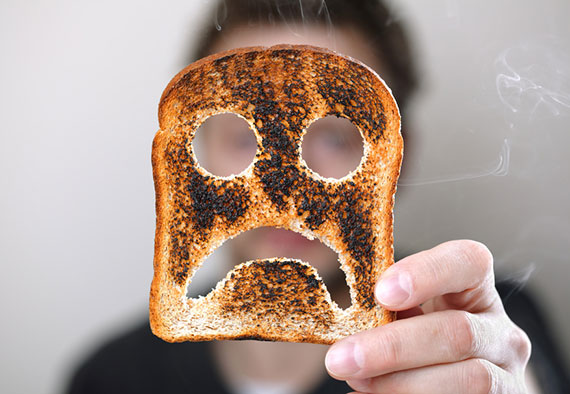 We all make cooking mistakes

We all make cooking mistakes – it’s part of the learning process! However, there are a few cooking errors you can avoid form the beginning to ensure better success in every recipe adventure you do embark upon. Stay away from some of these big mistakes and have a guaranteed cooking success every time!

Mistake #1: Not Reading the Entire Recipe Before Beginning

By not reading the recipe before you start cooking, you are increasing the risk of leaving out vital steps or ingredients. Always have your ingredients prepared before you begin so that you have everything to hand during the cooking process and use the right technique for a successful creation.

Tweaking the recipe yourself is how many recipes end up failing. The recipe is written in that way because it will produce the best results. Stick to the instructions and get a great result every time.

You want to avoid lots of bubbling. An occasional bubble is the result of simmering – and this is used in recipes to ensure the food needs to soften or develop into a better texture. Boiling can impair taste and texture so be careful!

Allow the white to drip through your fingers and hold the yolk in your hand. Good egg whites will keep your recipe light and fluffy, especially if beaten well too. Allowing the whites to stand after they ahve been separated also allow them to fluff more easily when whisked for a lighter end result.

Mistake #5: Not Resting the Meat After Cooking

Allowing meats such as lovely cuts of steak to rest after they have been cooked is vital in ensuring maximum flavour. It gives the juices to relax and distribute throughout the meat for a more juicy texture. Without the juices, you may end up with a dry meat – a big cut of meat such as a whole turkey may need around 20 minutes to rest.

Toasted nuts are a great addition to a recipe and add beautiful smoky flavors, however if you burn them you can destroy the subtle taste and add an unwanted bitterness to your recipe. Only a few minutes are needed to properly toast the nuts, so arrange them in one layer on the baking tray and monitor them until golden brown.

When it comes to overloading your pan with meat for example, a lot of moisture is released and if the pan is overcrowded, the moisture can’t evaporate. For this reason, you need to leave a little room in the pan – if you are making a large batch, then use 2 pans instead.

You can avoid the above cooking mistakes

Follow these rules in order to keep your recipes full of flavor and the optimum texture, and you will be much more likely to avoid these cooking mistakes and make your recipe creations a success!