Home / Recipes / The Art Of Sushi

The Art Of Sushi 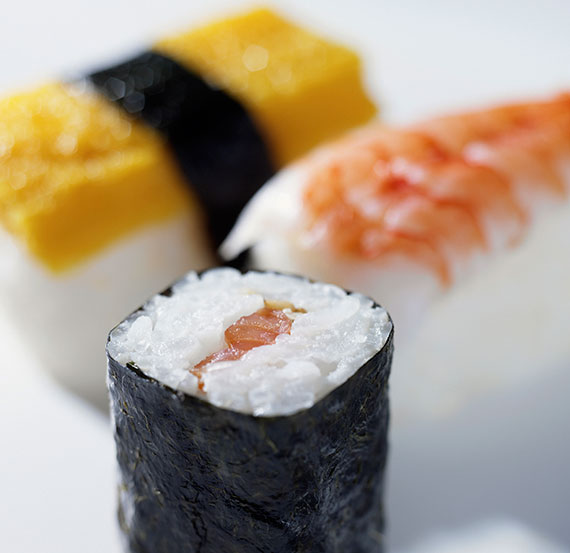 Most of us have been to a rolling sushi bar, and although a few years back it was considered a bit of an experimental food, sushi is now becoming much more popular in the Western world – was it Samantha in the first Sex and The City movie that made it so? We’ll never know.

A traditional Japanese dish, sushi is a combination or raw and cooked fish, rice, friend vegetables and other bite size, delicious foods which are easy to eat and very addictive. Designed to be eaten in small portions, sushi is generally served on small plates to discourage wasted food. Rather than piling your plate high with food, the idea behind sushi is just to eat what is in front of you which can be as little as a fried prawn.

There are hundreds of different types of sushi, but there are a few dished which are most popular in the Western world such as:

Maki Sushi – This is undoubtedly the type of food you will think of when you think of sushi. It is usually made up of vinegar rice, plus with a vegetable or fish filling then rolled in seaweed (nori).

Uramaki – One type of maki sushi, this is where the fillings such as fish or vegetables are wrapped in nori and then covered in rice.

Inari sushi – Rather than using rice, this type of sushi includes tofu as its staple ingredient on the outside, and keeps the rice on the inside. It is deep fried and looks like a small pouch.

California roll – A more Westernised version of the sushi food, the California roll is made up of cucumber, crab meat and avocado. It is made in the maki sushi style and is sometimes sprinkled with toasted sesame seeds for more texture.

Nigiri – This type of sushi is popular with fish lovers as it is usually made up of a slice of fish such as salmon placed on wasabi, on top of a tiny portion of rice.

Maki sushi is the most common type of sushi and is the most fun to make, so if you are keen to get started you will need: