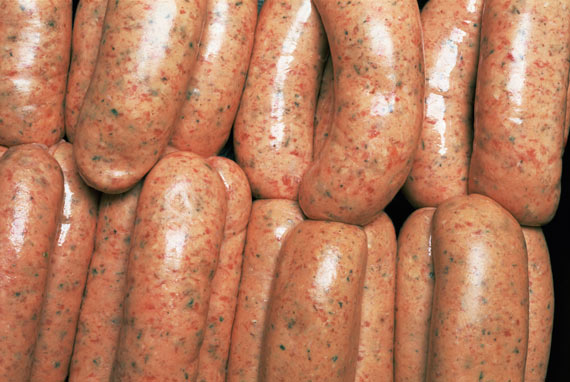 Black Pudding to mark the start of British Sausage Week

You heard right – British Sausage Week is back to celebrate its 14th anniversary. Whether you love a nice and tasty chipolata, a hearty Cumberland, or a homely pork and apple, sausage lovers from all over the world are invited to unite in their love for ‘bangers’.

We can’t celebrate British Sausage Week without mentioning one of the ultimate sausages – the black pudding. The black pudding is iconic in Britain in particular due to the fact that it usually accompanies a Full English Breakfast – bacon, sausage, egg, hash brown, tomato, mushrooms, baked beans, and…black pudding!

The black pudding is a rich tasting sausage that has been around for centuries, dating back even further than Tudor times. The way it has been cooked has obviously been adapted over the years, and different European nations have altered certain recipes of the black pudding to make it a more unique dish for their country. Now with British Sausage Week approaching, it really is time to celebrate each type of sausage, no matter what their origin.

A black pudding (also known as blood sausage) can contain a variety of ingredients and usually depends on the type of recipe as to which fillings are used. Black puddings are mainly famous for being cooked in blood, and this can put a lot of people off. However, the beautifully strong flavours that come out of just a single bite of black pudding can leave you wanting more. As with other sausages, they are made up of meat and fat, then other herbs, spices and vegetables are often used as well, such as onion, potato or bread.

British Sausage Week is about honouring (and above all, enjoying) the variety of sausage recipes that are available today. Black puddings are no exception, and you can find a wide range of recipes that people use to produce the tastiest black pudding.

There are also many different recipes that contain black pudding. It doesn’t need to be the stodgy sausage that it is made out to be when placed with a greasy fry up breakfast – it can also be used as a delicacy in a variety of recipes such as the Sautéed Black Pudding with Sage and Onion Rosti Rocket, Mustard Dressing and Pan Fried Eggs. Find this and more on Recipebridge.

So if you too want to acknowledge British Sausage Week and celebrate all things meaty, why not tell us about your favourite type of sausage? Or perhaps you have a beautiful black pudding recipe that you want to share? Feel free to Tweet us or post a recipe (or three!) on our Facebook page in celebration of the British Sausage Week.