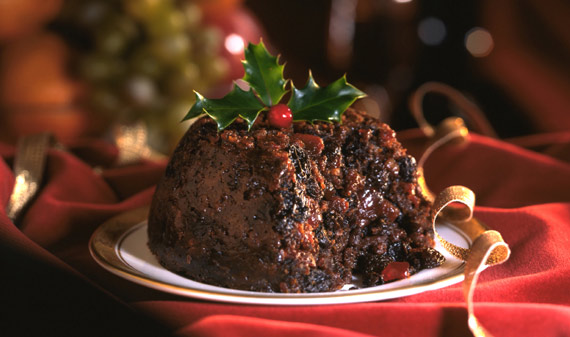 The history behind Christmas cake

In 14th century England, cakes were hard to come by, mainly for their rich ingredients which the poor could not afford, but also because heated ovens were only a possession of the very wealthy. Christmas cake was not invented until two traditional Christmas dishes came together – cake and surprisingly enough, porridge.  By the 16th century the two types of Christmas meal combined and plum porridge and plum cake came together to make what we know now as the Christmas cake.

The traditional plum cake which the Christmas cake originated from, became famous during the 16th century and more ingredients were added such as eggs and butter which makes it closer to the ingredients we know to go into cakes today. Boiled fruits (mainly plums) were added into the mix and this is where the plum cake began. It was mainly the wealthy that could enjoy the rich fruits and spices that went into the cake’s ingredients – after all they were the only ones that had an oven to bake them in!

The Christmas pudding is a traditional Christmas cake which is popular in many countries across the world and is famous for its rich flavours, and moist, gooey texture. There are many recipes with traditional ingredients that go into this gorgeously festive dessert are dried fruits, spices, seasonal zests and nuts. The ingredient that a lot of people like to use a LOT of is the rum or brandy – depending on how boozy you want your pudding of course!

For newer takes on the recipe, cooks have experimented with the shapes of the Christmas cake – after all, who says it needs to be a small dome? Make it into a rectangle if you want a Christmas cake that’s easier to slice, or maybe even create a giant star shape if you want to continue the festive theme.

Different sauces and icings can totally transform the taste of a traditional Christmas cake, so if you want to try something new, you could try it with brandy sauce, orange sauce or maybe even lashings of melted toffee for an extra sweet sensation.

A gingerbread Christmas pudding can be the perfect alternative taste that you have been searching for, and the cinnamon, ginger and other additional spices will truly give you the great taste of Christmas. Find this and other recipes for Christmas cake on Recipebridge.

So let us know what you do to make your Christmas cake special, whether it is the way you bake it or the shape that you bake it in that keeps your family happy, we want to know about it. Feel free to share your tips and Christmas cake recipes on our Facebook page or Tweet us.