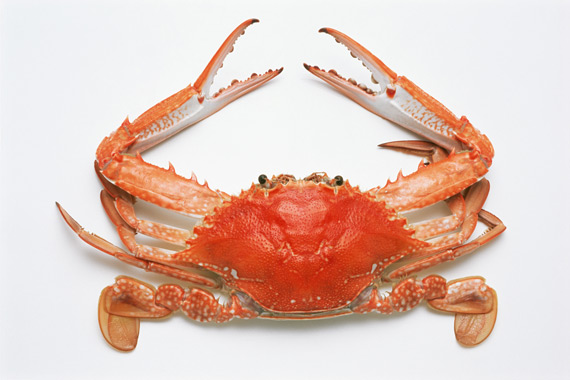 The abundance of crab recipes

People have eaten crab as a source of nutrition since prehistoric times, but they are often considered now as a delicacy. National Crabmeat Day is March 9th, and it is a day to celebrate crabs and the abundance of recipes they come in. Why not cook up your own crabmeat feast this March 9th and begin to enjoy crab like never before?

Crabs have been around for millions of years, and have been found in many recipe books over the centuries, particularly appearing in Greek and Roman art and culture as well as medieval periods. It is because of this that when you eat crab, there is something almost historic about its taste and texture. It is so delicate and soft on your tongue that you feel more refined just by nibbling it!

Most chefs will say that fresh crab tastes the best, so if you want to buy crab, try to get live ones – properly preserved crabmeat from a reputable local supplier is just as good. If you do get a live crab and you want to cook it in the most humane way possible, freezing the crabs for at least half an hour will ensure that they are unconscious when you begin to prepare them.

Crabs can be cooked by boiling them whilst they are still in their shells. Boil for 20 minutes (per 1kg of crab) and then remove the legs and claws by twisting them off. Press down on the crab’s back shell with your thumbs to pull it away from the meat. Remove the stomach and soft gills (aka “dead man’s fingers”). The crabmeat inside the shell can be scooped out with a spoon and is a brown colour – the meat found in the legs and claws is white.

The ever popular crab cakes

Although crab can be boiled up and served alongside a variety of side dishes, crab cakes are one of the most popular crab dishes. Generally served as appetizers, these little treats are great when mixed with a little spice such as the Spicy Crab Cakes with Chipotle Mayo. A concoction of spicy herbs, spices and sauces make a wicked combination with the crabmeat in this dish and is a great starter dish before your entree.

Crab cakes are usually about 2 inches across and are shaped like mini patties – they can be fried in hot oil on a skillet or in a frying pan until golden. Boiling, steaming or frying tend to be the most popular way of cooking crabmeat, but this can often depend on your recipe. Find crab cake recipes on Recipebridge.

Crabmeat can be used in risottos, lasagnes, soups, salads and many other recipes. Its distinct taste and texture gives each dish a stunning outcome, and is a great addition to many meals. Buying crabs can be a little expensive so you may want to save them for a occasional treats or especially for National Crabmeat Day! Find more crab recipes on Recipebridge.