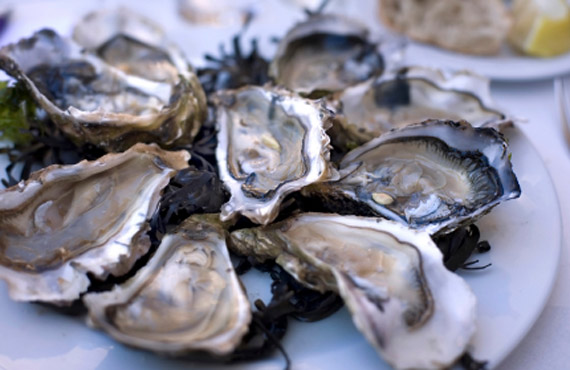 Eating oysters since the Romans

Although oysters are dwellers of the sea, these little mollusks are best known for their useful production of pearls or as a source of food. The flavoursome flesh of this mollusk is protected by a shell and the meat inside the shell is considered a delicacy in various cultures throughout the world.

Most famous for its aphrodisiac abilities, the oyster also has a rich history that dates all the way back to the Roman times. Since the rule of the Romans in 43 AD, oysters have been farmed in the south of England and other areas across the UK since. The French also have had a rich oyster farming culture since Roman times and still continue the tradition of oyster cultivation to the present day. In Ireland, an Oyster Festival is held in Galway each year where an abundance of the tender mollusks are eaten alongside bread and plenty of Guinness!

Ever wondered how to get an oyster out of its shell? Well first things first, the technical name for this is ‘shucking’. So to shuck an oyster you should first wrap your hand in a thin towel (a tea towel will do) and hold the oyster tight. Place a shucking knife at the hinge of the oyster and twist it to prise the shell open then use the knife as a lever to open the shell more. Wiggle the knife underneath the flesh so that it is free from the shell.

Once the flesh is loose and no longer attached to its shell, you are free to enjoy the oyster how you please. Many people say that letting the oyster slip down your throat without chewing, it is the ‘proper’ way to consume an oyster. However if you want to get a good idea of what the flavour is like, I would recommend chewing it a little – at least then you will know whether you like it or not!

If you have never tried an oyster before, I would suggest trying one without anything on just to get the pure taste and texture without any additional ingredients overpowering its natural flavour. If you are feeling more experimental however, try them with butter, cocktail sauce or shallot vinegar. Find more recipes on Recipebridge.

The maxim used to be that “It’s safe to eat oysters in a month with ‘R’ in it!”. So it would seem that a rule applies where oysters are only good to eat during the colder months due to the change in marine wildlife in the summer.

Although it’s a good general rule, it doesn’t really take into account where you are in the world and how the tides are affected near where you live. So I say the new rule is to do with the ease of refrigeration. Thanks to the invention of the refrigerator, we can now enjoy these delicious little treats all year round. Find some delectable oyster recipes on Recipebridge.

Have you ever tried oysters before? What did you eat with them? Let us know your favorite recipes and tricks with oysters by tweeting us or posting on our Facebook page!