Home / Recipes / Shrimp on the Barbie

Shrimp on the Barbie 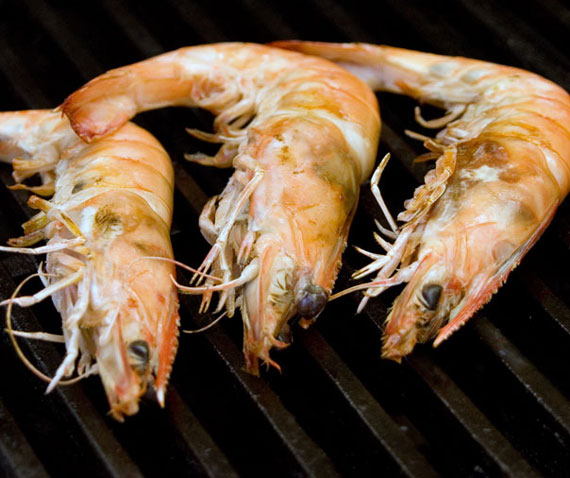 Shrimp on the Barbie-an Australian stereotype!

Whenever people outside of Australia think of Australian stereotypes, the phrase “shrimp on the Barbie” springs to mind. Not only a stereotypical Australian saying, this catchphrase also depicts the Australian people as friendly people who like to engage in social activities such as barbeques.

The catchphrase originated from a series of 1986 Australian Tourism Commission adverts where Paul Hogan addressed an American audience to persuade Americans to come to Australia for a holiday. Throughout the course of the adverts, Hogan used many stereotypical idioms associated with the Aussies. These included how to say “G’day”, calling everyone “mate” and of course the immortal phrase “I’ll slip an extra shrimp on the Barbie for you!”

Over the years, this expression has become well known not just amongst Americans, but also amongst many other people all over the world…despite the fact that Aussies call shrimps “prawns”!

When it comes to actually slipping a shrimp on the barbeque, it is easy enough to just fire it up and throw it on. However, if you are looking for a more unique taste or something extra special to soak up the Aussie culture, then there are many recipes which you can follow.

What do you need to create shrimp on the Barbie?

All you need for a basic recipe is 2 lbs shrimp or king prawns, 1 teaspoon Alpine pepper and four tablespoons of soy sauce. Mix the pepper and soy sauce in a bowl and marinate the shrimp for about 20 minutes. Make sure you leave shells on. Once the barbeque is heated up, place the shrimps on the Barbie and let them cook for 6 minutes on each side – simple.

After an hour, push narrow skewers through the shrimp and grill on the barbeque for 3 minutes on each side, turning occasionally. Garnish the shrimp with lemon and spinach to serve.

For a different sweeter flavour try the Shrimp on the Barbie with Orange Ginger. You will need 12 shelled giant prawns, 1 cup orange juice, ¼ cup butter, 2 tbsp sherry, 1 tsp orange zest, 2 tsp minced green onions, and 1 tsp ginger root. Skewer the prawns and then combine the rest of the ingredients and cook on a low heat until the butter has melted.

Cover the prawns in the sauce and place on the barbeque for 2 minutes, then baste again and barbeque the other side. Prawns will be a nice pink colour when done.

Whatever your preference, there are many different flavours for shrimp on the Barbie recipes – whether they are culturally accurate or not doesn’t matter when they taste this good! Find Shrimp on the Barbie Recipes on Recipebridge.