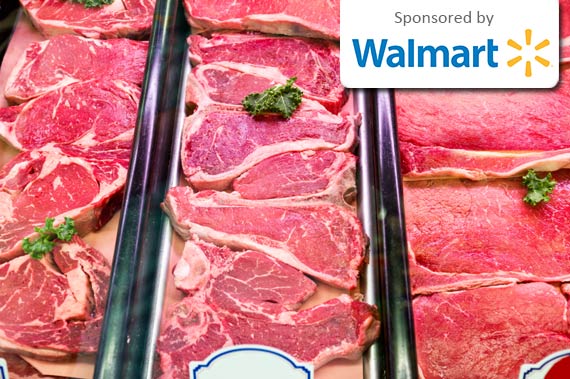 Each steak cut is unique

Steak is basically the top quality beef cuts from certain areas of the cow. Each cut of steak has its own unique texture and taste, and certain cuts may be more expensive or tough than the next, but picking the right one for you is important if you want your steak dinner to be a success…

What are the Different Steak Cuts?

Sirloin – One of the prime cuts of steak with lots of flavour and can be cooked in a variety of ways (barbequed, grilled, fried etc). Cook a sirloin steak slowly to ensure the meat stays tender and not tough.

Fillet – Considered the most tender steak cut, the fillet steak has the least fat out of all beef cuts and is also known as ‘tenderloin’. Fillet steaks are better fried than grilled.

Ribeye – Traditionally cooked on the bone to lock in the flavour, the ribeye steak is tender and has a beautiful marble effect to the meat which gives the flavour of the steak a distinctively beefy and juicy taste.

T Bone – Cut from the shortloin, the T-bone is the meat that surrounds the T-shaped bone. Great for barbequing, the meat can be cooked on the bone, infusing the meat with extra heat and allowing it to cook faster than many of the other cuts.

Rump – Generally a lean cut, the rump steak is considerably tough and so needs a good marinade and also needs to be properly tenderised before it is cooked. Some say the rump has more flavour than sirloin but its toughness makes it less appealing to those who like tender cuts.

Steak cuts are also often graded which basically determines the quality of the meat. The steak cuts are given the grades by an outside organisation and it is often the animal which is graded. However, the animal’s steak cuts are also graded once they have been selected. When thin lines of fat run through the cut, it is called ‘marbling’ and this is a desirable thing for steak cuts to have as the fat gives the meat more flavour.

The age of the cow can also determine how high a grade each steak cut is given. There are three main grades of steak cuts:

Prime – Made from young animals that have been well fed throughout their lives. The great care taken of these animals also means that they have a good level of marbling in their meat with plenty of thin strips of fat running through each cut. Making up to 2% of all meat, prime cuts are harder to come by and are usually only sold to speciality businesses.

Select – A cheaper grade of meat with less marbling, the select grade of steak cuts are generally tougher but is much more common to come by in stores. More marinade and tenderising needs to be done to select steak cuts to improve their flavour and texture.