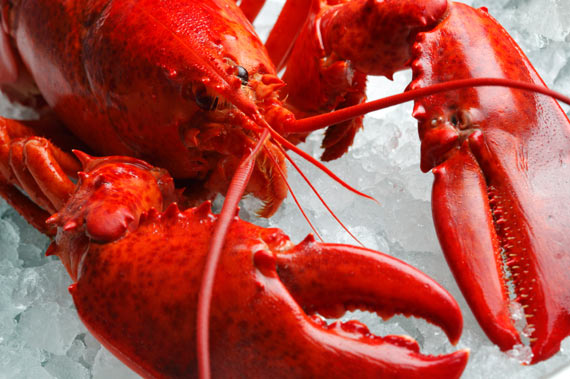 Lobster is one of the healthiest proteins to eat!

As lobsters live and are therefore caught in salt waters, it therefore makes sense that they should be cooked in salty water too. This means that the meat can stay tender and also retain its delicious flavour. Boiling, steaming and grilling your lobster are the most common ways of cooking this delicious crustacean. Lobster is considered a food delicacy and is usually one of the highest priced items on many restaurant menus. They are mostly caught in certain areas of North America and lobster fishing is also popular in New Zealand too.

If you are boiling a lobster, it is best to keep them alive until you come to boil them. When they are cooked fresh like this, they taste best which is why you will often see lobster tanks in restaurants! Using one tablespoon of salt per litre, bring the water to the boil and drop the lobster in head first. They only take between 10 and 15 minutes to cook fully. Boiling is the most common way to cook a lobster but the best way of telling it is properly cooked is to check the shell – if the entire shell has turned a bright red colour, it is perfectly cooked.