Home / Recipes / What is Kobe Steak?

What is Kobe Steak? 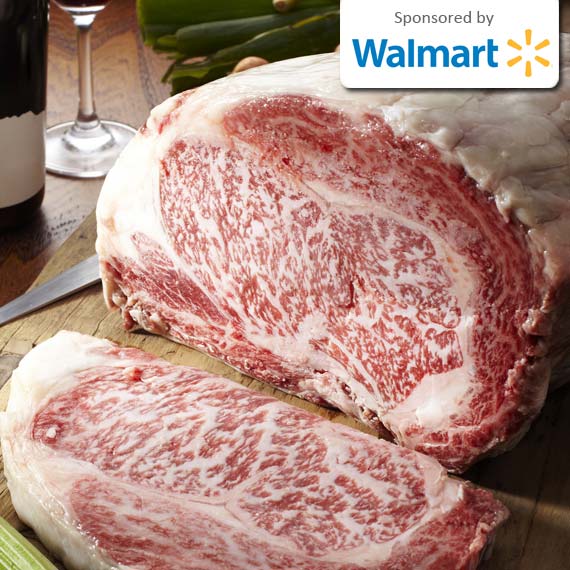 Kobe steak is the cut which comes from a specific region in Japan and from a specific type of cattle called ‘wagyu’. It is mainly well known for its very high price, but is also famous for its beautiful quality marble effect beef, its texture, tenderness and its flavour.

The meat comes from some of the best looked-after cattle on the planet, as the cows receive muscular massages, are given beer to drink during the summer and are hand fed grains to increase good fat in their tissues. The massages are said to relax the cattle and this apparently produces better beef. The beer also helps with fattening up the cattle and this allows the thin streaks of fat to run through the meat, creating the desirable marbling effect for steak.

A similar texture to filet mignon, the Kobe beef steaks are considered a Japanese delicacy. In fact, it is virtually impossible to find Kobe steaks anywhere outside of Japan. Kobe-style steaks are more popular with Western countries where Kobe steak is hard to get hold of.

Steaks are usually ranked in grade ranging from Prime to Choice to Select. Kobe steak is such a high quality of cut that it is considered to rank more than 2 grades higher than prime cut beef. The Kobe cattle are raised on only 262 farms in the ancient Tijama region of Japan and have never been mass produced. The Kobe steak’s exclusivity makes it very popular amongst restaurateurs, and even Kobe-style steak sold in top quality restaurants and markets is considered to be some of the best quality steak in the world.

Kobe Steak should be enjoyed as rare or medium rare done

Sake, a traditional Japanese drink, is brushed over the cattle’s hairy coats. This is because the Kobe beef farmers in Japan believe that this keeps their hide soft, and keeping the skin and coats soft can lead to a better quality of meat.

Due the Kobe steak being considered very much a speciality steak, they are very hard to get hold of, and if you do ever sample this meat it will probably be in Japan, and you will probably have to pay quite a lot of money for it. In terms of expense, you can expect to pay $190 for 24 oz of Kobe beef. Kobe-style beef on the other hand can cost $90.

Due to the tenderness of the Kobe steak, if you were to ever cook it, it shouldn’t be done any more than medium rare. This will allow you to appreciate the flavour, marbling and juiciness of the meat without destroying its taste with overcooking. Unsurprisingly, Kobe steak is rarely served with any form of seasoning or garnish, as the steak tastes so good on its own. Only seared for a short period, natural Kobe steaks are the most delicious cuts of meat you will sink your teeth into.

Posted by RecipeBridge Staff Writer May 17th 2012
Share this:
Categories