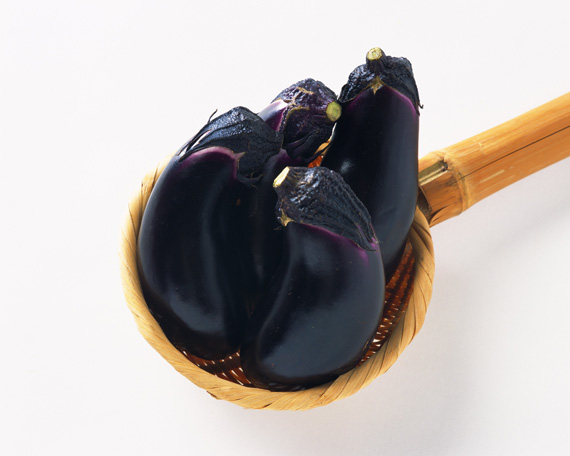 Eggplant has a different name in many parts of the world

The eggplant, also known as an aubergine in the UK, is a large purple skinned fruit which is widely used all over the world in recipes. It is part of the nightshade family and is related to other vegetables such as peppers, sweet potatoes, tomatoes and potatoes.

Mainly known as the eggplant due to its bulky ‘egg’ shape, there are a few different varieties which are a different colour, shape and size such as the Japanese, striped and white eggplants but the traditional eggplant is the most commonly found in any supermarket.

Wherever you are in the world, you will be able to find an eggplant, but it may come with a different name, just as the UK calls it an aubergine. In India for example, it is known as a brinjal, the south of the USA it is known as a guinea squash, and in Italy it is known as a melanzana which directly translates as ‘crazy apple’.

You can roast, fry or grill an eggplant and each way of cooking is delicious – you just need to decide which you like best!

Nutritional Value of an Eggplant

All in all, the eggplant is a very popular food for dieters because of its low fat and calorie count. It is also very filling so when cooked well and eaten as part of your meal, it’s a good filler and will prevent unhealthy snacking during the day.

Wipe the eggplant clean and slice it in half lengthwise. Use the tip of a knife to score the flesh deeply in a diamond pattern by making two or three long cuts, cutting at a steep angle, and then rotating the eggplant to make another set of similar cuts.

Press on the edges of the halves to open the cuts and sprinkle a little salt over the surface and into the cuts. Set aside, cut side up for 30 min. Heat oven to 400°F. Line a baking sheet with parchment.

Squeeze the eggplant over sink to extract the salty juice and wipe dry with a paper towel. Brush each half thoroughly with olive oil. Arrange each half, cut side down, on top of a sprig or two of thyme on the baking sheet. Roast for 1 hour. The eggplant will collapse and the bottoms will be a deep brown colour. Allow to cool for at least 20 min before handling. Turn the cut side up. If serving as a side dish, serve with a lemon wedge for squeezing. If using in other recipes, scoop the flesh from the skin with a spoon.