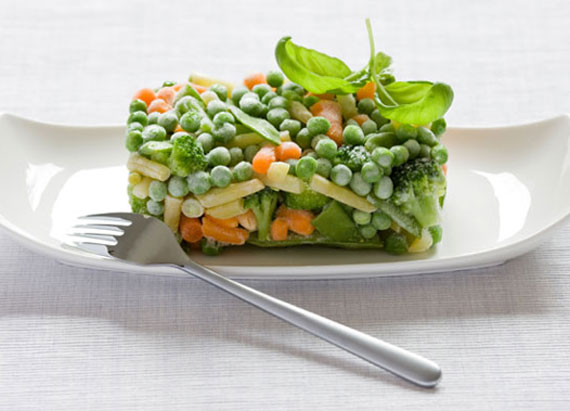 Although freezing foods is an ancient technique used by the Chinese and dwellers of the Arctic, Clarence Birdseye was actually the first person to observe the effects of quickly freezing fresh foods to lock in their nutrients and taste and by preserving it in frozen temperatures.

Since 1984, March 6th has been National Frozen Food Day – a day to celebrate all things frozen and to also celebrate the innovative idea of freezing fresh produce! After the war, huge freezers were introduced to some homes across the world. These freezers were designed to hold a lot of food to ensure that bulk-buying was a great economic solution as well as a practical one.

Frozen desserts and sweet treats grew in popularity over the 1970s and soon became a regular addition to every freezer. More recently however, there have been more debates about whether fresh foods or frozen foods have better nutritional value.

Studies have in fact shown that frozen foods can actually be healthier than fresh foods. When meat, fish or vegetables are frozen, the freezing process keeps the good nutrients and vitamins in the food. By locking these in, you can then eat the frozen food by microwaving or cooking with it and still know that all the nutrients haven’t been lost.

Frozen foods like produce or meat often do not use preservatives

Another health aspect which makes frozen food more appealing is the fact that they do not use preservatives. These can be made of natural or manmade chemicals which prevent food from breaking down. Although they do the job of “preserving” the food, they can be unhealthy. Freezing is a much healthier and more natural way of keeping food fresh. By placing food in your freezer to store it, you can keep it often for a few months after its first use. In fact, more and more frozen food today will promote more healthy varieties of their food which come without the traditional preservatives.

The great thing about frozen food is that you can eat a lot of foods that are out of season. Similarly, you can get access to other foods which might not even grow in your country! That’s right – frozen food is not only great for preserving food in your home, but is also ideal for keeping food fresh in transit too. Many frozen packaged foods are often frozen very quickly after they are harvested or caught.

Frozen pies, yoghurts, cakes and biscuits have all made their way into supermarket freezers, and other recipes such as Baked Frozen Peas with cream of mushroom soup make a great side dish. Peppers, chillies, and certain citrus fruits are great for freezing too – if you don’t cook with chilli very often then putting leftover chillies into a bag and freezing means that you have some left over and still usable for your next spicy meal!

Celebrate National Frozen food day in style and try out new recipes – maybe even improvise with your frozen ingredients and start creating your own frozen concoctions. Also, find frozen food recipes on Recipebridge.